First time at Selma’s It was kind of busy but not overcrowded. There’s a cute little fire pit going with comfy bench seats along with family style seating along with high tables and chairs and booth style seating too Super cool to see Casey and Bob jamming out with some great tunes ♥️🎸 I ordered some chicken tenders (can’t go wrong with those) along with the pretzel bites. The pretzel bites were super friggen good 🥨♥️ I ordered a Cape Cod with Tittos Vodka and that’s that! Late 🎸🤘🏻

We like Selma's a lot. It's one of my sis' favorite places. Pizza, sandwiches, pasta, so lots of choices. It's one of the few pizza places that serves meatball pizza. The one thing I would change about that, and it's me, not them, is to not slice the meatballs except maybe in half. Sliced meatballs kind of defeats the purpose. I also got a meatball sandwich to go and that was more what I had in mind. Meatballs, mushrooms and grilled onions. Hard to go wrong. My nephew had a meatball calzone, my niece a meatball on sourdough, which is what I got for next day lunch.. Soon as I said "meatball" it triggered a response. Everyone wanted a slice of meatball pizza or a sandwich. Mom had Chicken Alfredo, which looked really good and was enough for next day's lunch. They have a kid's menu, so my little nephew enjoyed a cheese pizza. It was my sis' birthday, so she got a nice dish of ice cream with a candle. It was crowded but I never felt unattended. Our wait person was very good and kept things moving without our feeling rushed. They cooked and served the pizza in the same pan which kept it nice and hot. Portions are nice, plenty of pizza to share out. Mom is in a wheelchair, so it took a bit of maneuvering but was manageable. Handicapped spaces are close, plenty of other parking available. We went on a Friday so lots of people out and about. If you have a large party I suggest you book ahead just to make sure you get a table. If you like pizza and a beer or wine, with a designated driver of course (that would be me) don't hesitate to enjoy a trip to this very nice restaurant. Happy holidays from all of us to all of you!

Looking for a great Chicago style pizza joint. This is the place. The deep dish was excellent. Super kid friendly. The staff provided amazing service. Great bar for adults.

My girlfriend and I have been going to Selma’s for almost 5 years now and we have never had one complaint about the place, until tonight. The waitress gave us the wrong pizza, which is ok mistakes happen, but then tried to blame her mistake on us saying that’s what we ordered when we clearly ordered something else and gave us an attitude about it. We thought that was pretty immature for a grown woman to act like that, but we brushed it off and still had a good time. At this point, we’re about an hour into sitting there. So we waited another hour for the right pizza to come out. Again, mistakes happen and that is ok. So we stayed and enjoyed our pizza. Then, we had a new waiter and he gives us the check and says the pizza is on the house for the mistake and we’re like oh cool! How nice of them. In reality, all they did was take the wrong pizza off the bill and charged us for our pizza still. A little confusing to me. So my girlfriend walked up front and politely asked our server why we are still getting charged for a pizza if he said it was on the house. He starts giving her an attitude and actually called her a Karen (server was a little dweeb with a man bun wearing a yellow shirt). It’s funny that he said that when I wasn’t around because things would’ve went a little different. I didn’t learn of this until halfway home. Anyway, they eventually took the pizza off the ticket and we only paid for the drinks. We have nothing bad to say about the food or the rest of the friendly staff. The younger manager was also nice.

Yeah the only reason there are two stars is because the Chicago Style is always amazing, and the Blueberry Quinoa Salad is 👌🏼👌🏼. We don’t know what was going on today, 11/25/22…maybe short staffed? No clue. Came in and there were many tables, so I think we missed a rush. By the time we got our order in though, the place had emptied out. Gripe 1) asked for water when I placed my wine order, didn’t get water until over an hour later after asking for a third time😶 when we got our food, I’d asked for dressing on the side: it appeared our waiter J forgot it…he was clearing a table near us after he dropped our lunch. As he passed I asked for the dressing. He said “oh, yeah, sure!” Then immediately came out to finish bussing first. Gripe 2) Then he went inside and never came out again. After about 10 minutes my hubby offered to go inside and get it. He did, but not from our server who had vaporized. We never saw Jackson again until he asked if we were ready for the check. the place had been empty for a long time at this point. I don’t know where he went, what he was doing but….we haven’t left that bad of a tip in decades. I’m sure he was confused, thought we did the math wrong..nope, Jackson, it was that bad because you sucked that bad. We are usually 20% tippers…maybe next time put some effort in🤷🏻‍♀️ Literally all about the food today, which was great as always. All my hubby and I could do was laugh about how bad the service was, like, wow! We haven’t had service that bad in decades🤣 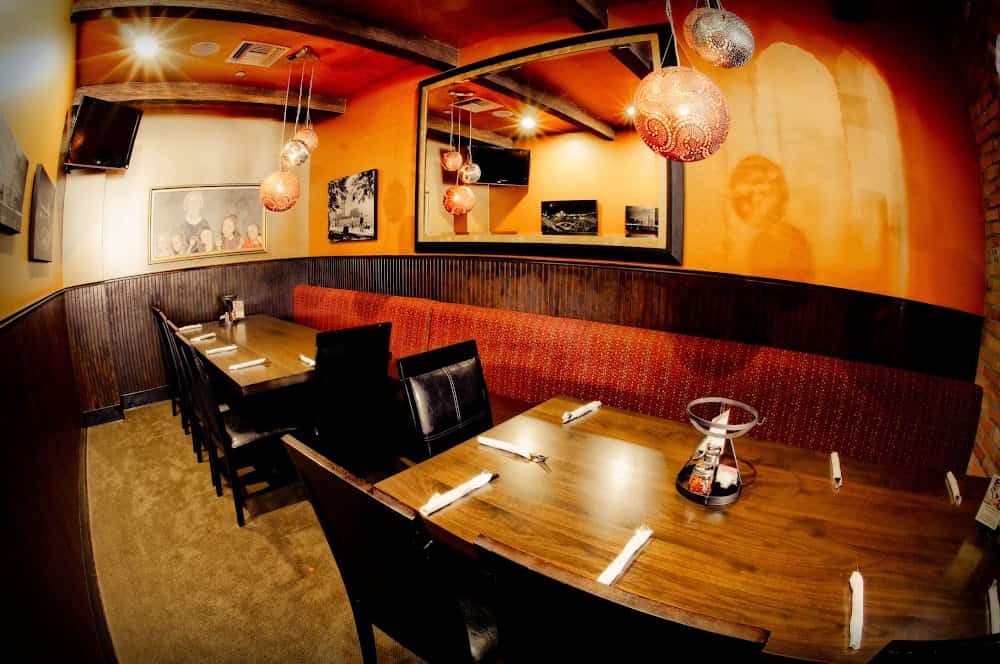 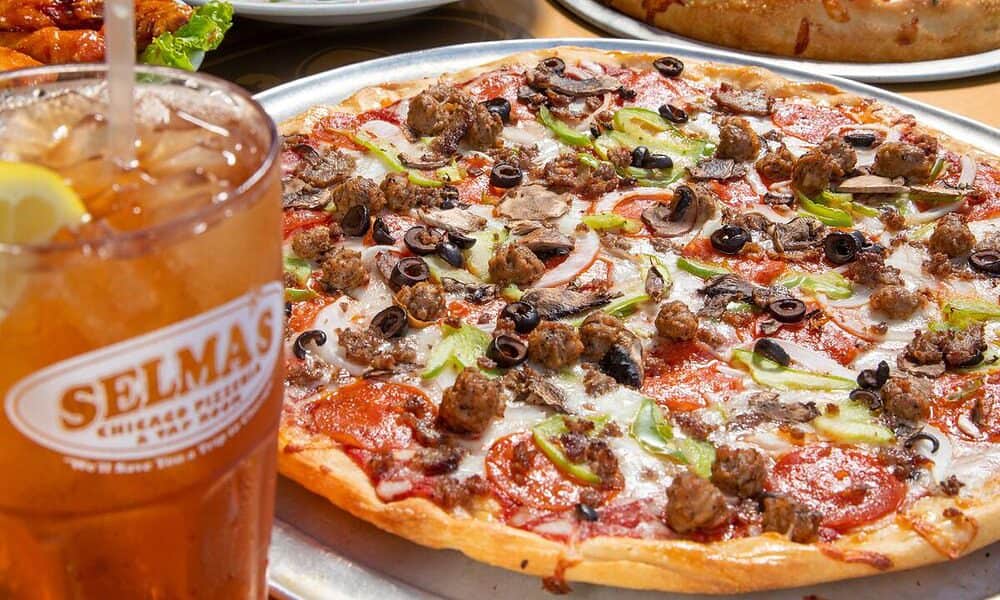 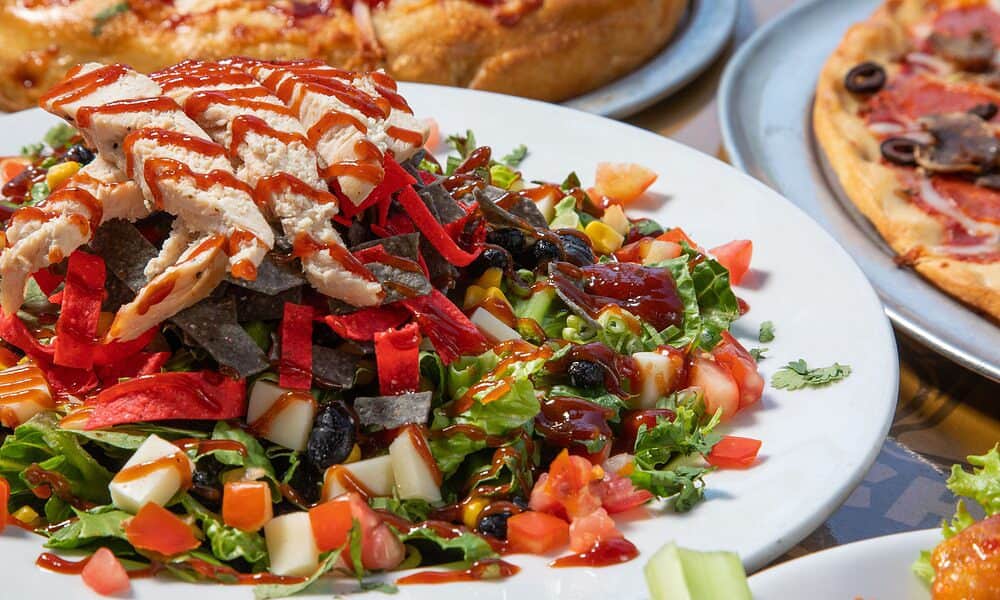 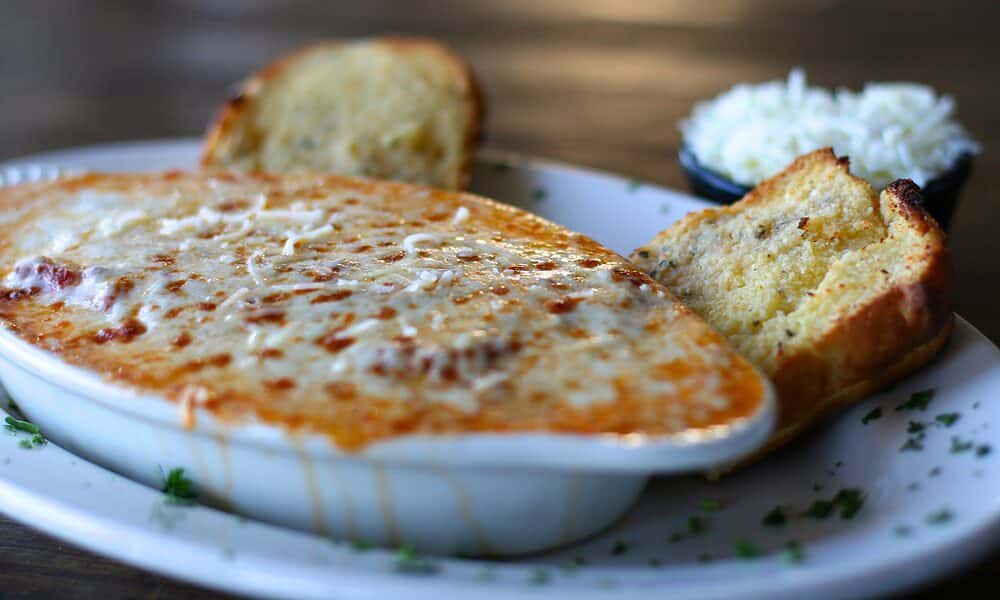 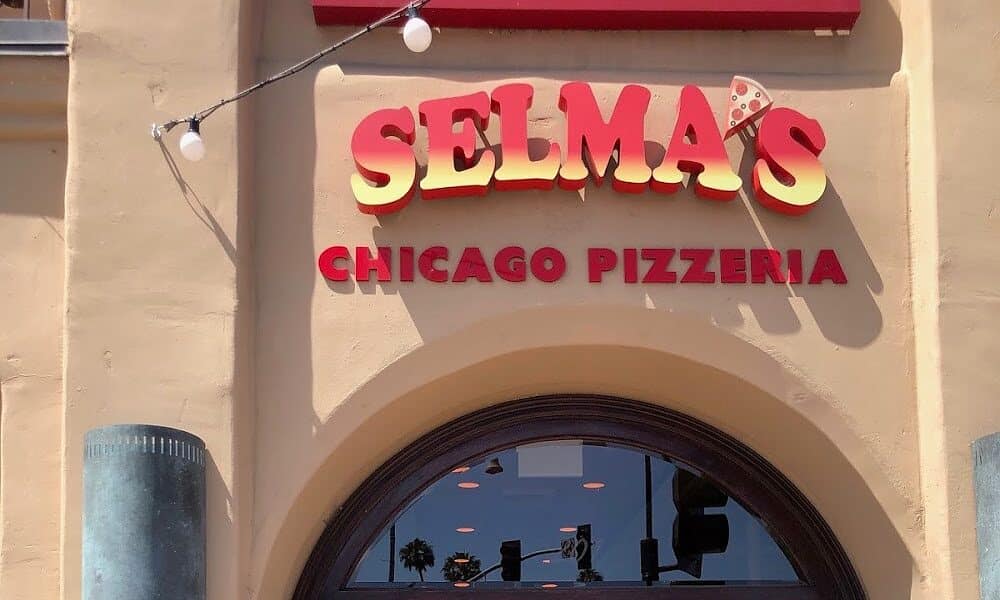 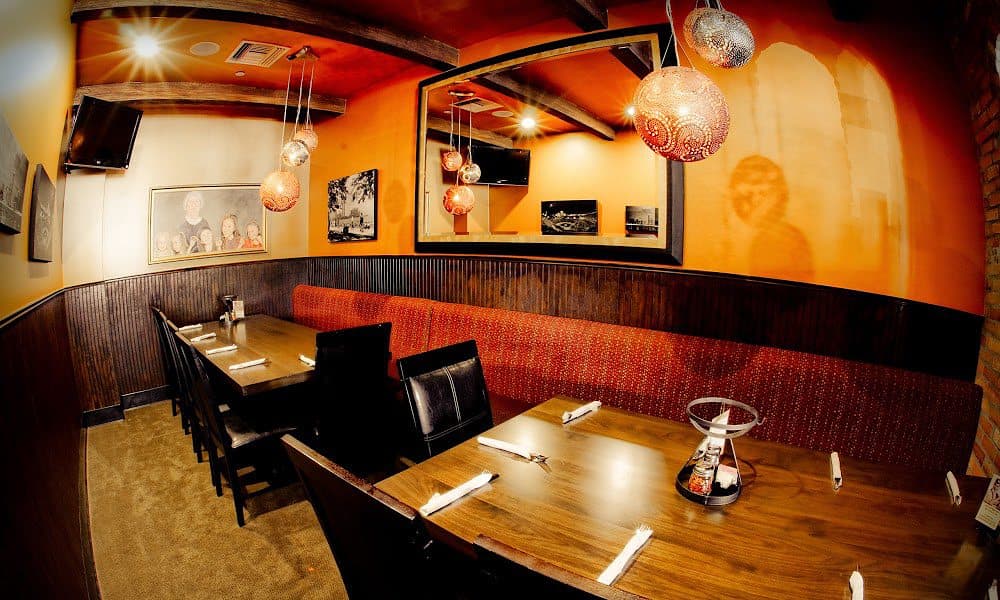 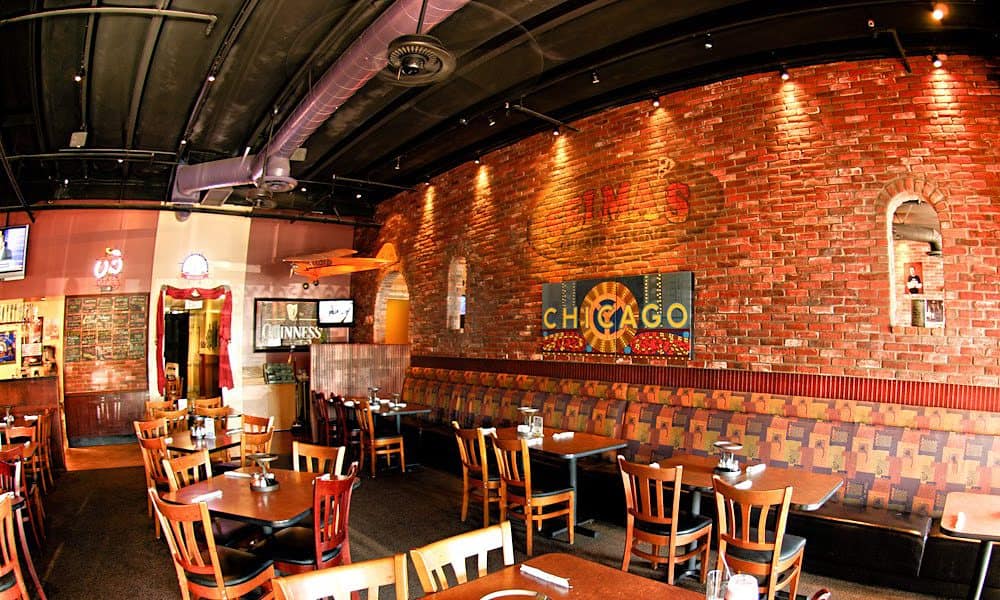 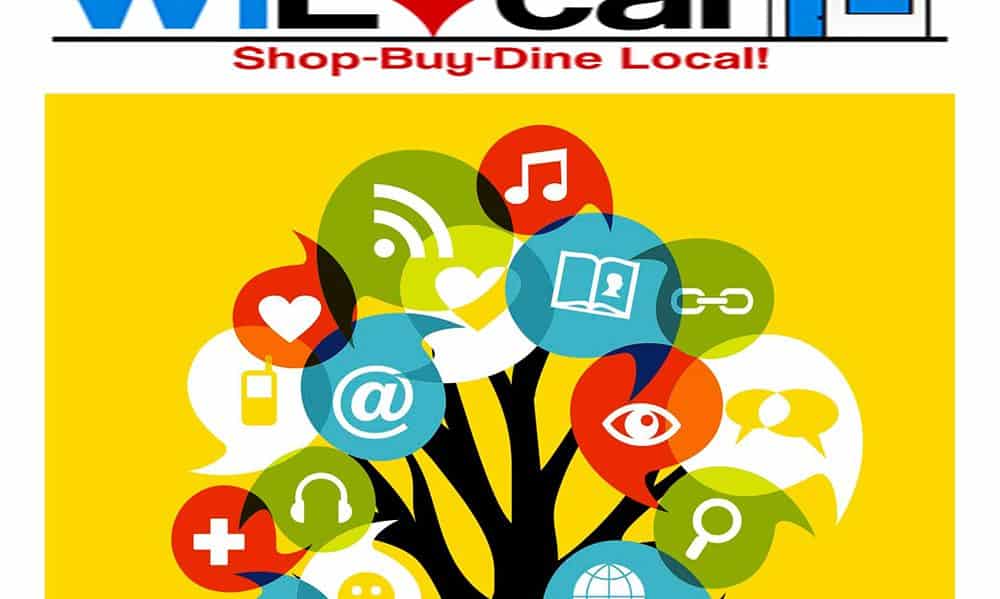 Give them a reason to come back!

Please Login or Register an Account to Claim Listing